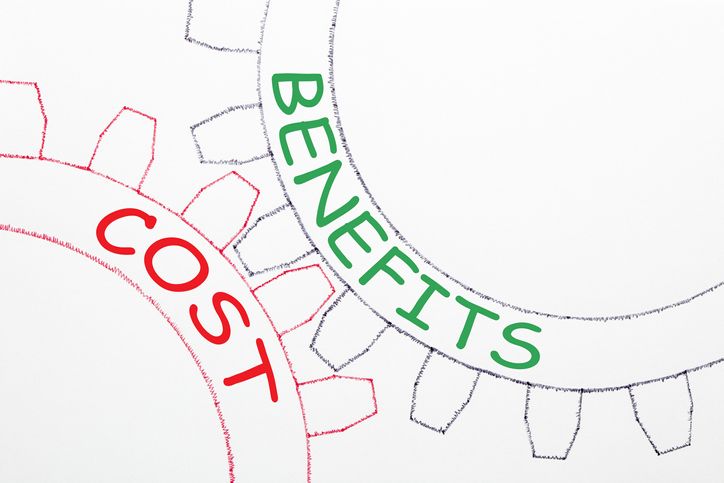 Scheme Sustainability – Something doesn’t add up

In the past few years, there’s been much debate about whether the NDIS is sustainable. Many a government report has lent itself as evidence that the government needs to reign in the NDIS from skyrocketing costs.

Independent Assessments (IAs) were a reform to try and save the government money. The government has backed down from IAs, but their concern for the Scheme’s sustainability remains a central talking point in the media. Many fear what cost-saving idea will emerge next. Must we accept the government’s data, assumptions and modelling? And in the sustainability conversation, what will move the sector beyond the fixation on the Scheme’s costs and benefits?

Even before the NDIS Act was drafted, we were talking about costs. In 2011, the Productivity Commission – which is the economics-y government department that is often credited for the invention of the NDIS – guessed the Scheme would cost $13.6 billion a year at full rollout (without the states’ and territories’ contributions*).

In 2017, another Productivity Report on NDIS Costs found that the Scheme was costing $22 billion. This increase in cost was due to a bunch of measures in the agreements between states, territories and the Commonwealth about things that would be funded but were not included in the original guess. More children were also entering the Scheme, and fewer people were leaving. This same report further predicted that the NDIS would cost $39 billion a year by 2030.

Last year, the NDIA released its Annual Financial Sustainability Report claiming that the NDIS would cost $60 billion a year by 2030.

Recently, a think tank called Per Capita dropped a report called False Economy. After dissecting the government’s figures, it found that the NDIS delivered $52 billion of value to the economy last year.

We’ve been flooded with an ocean of statistics, competing models, tables and actuarial evidence. How do we decide if the government’s figures are correct?

History of the NDIS’s cost assumptions

To get to the bottom of the NDIS’s $60 billion figure and proposed reforms, everyone demanded the NDIA show their hand. ‘Release your data, modelling methods and the assumptions behind your figures’, we asked. To their credit, the NDIA published two addendums with their Quarter 4 Actuarial Report in July 2021 to try and clarify their figures.

How much confidence did the NDIA purchase from the 722 combined pages of ‘clarification’? Disability Intermediaries Australia (2021) said, ‘If you are interested in looking at how many ways the NDIA Actuary can cut up the same data, then the addendums will be fantastic reading!’

Per Capitafound the NDIA’s modelling of the average payments to participants, Supported Independent Living entrants and total number of participants to be inflated. Even with the clarification, it remains unclear how the Scheme will cost $60 billion in 2030.

What the NDIS modelling tells us

If we were asked in Economics 101 to weigh up the costs and benefits in any analysis, why is everyone still talking about costs? Maybe the medical model of disability, which asks us to consider only people’s deficits, is also contaminating the instruments we use to measure sustainability.

Why the deficit model is lacking

Within the sustainability conversation focused mainly on costs, Per Capita’sreport adds significant value.Because of the NDIS, Per Capitafound that disabled people and carers rejoin the workforce. Women benefit. And employment rates were much healthier during the COVID-19 pandemic thanks to the NDIS. Theireconomists calculated that, for every $1.00 invested in the NDIS, the nation can expect a return of $2.25. They found that the cost of the NDIS is in fact value for money. This might not be surprising to everyone providing evidence that every single support they need is bang for the government’s buck (§34c of the NDIS Act 2013).

While Per Capita’sreport attempts to balance a one-sided conversation that the NDIS is trying to have with disabled people and the sector, it didn’t publish enough of their data, modelling and assumptions. For example, did Per Capita include savings to hospital and prisons systems thanks to community-based NDIS supports?

El Gibbs observed that it’s also not clear from Per Capita’s report how much of the $52 billion added to the economy last year went to disabled people. Do we celebrate the value of the NDIS only for helping disabled people and carers find work? Why are we centring the value of the jobs created for mostly abled-bodies not-for-profits? In an article titled ‘Regulation or Accountability’(November 2021), El Gibbs asks us – the sector, and we include ourselves here – to reflect on our involvement in making disabilities commodities. To borrow Gibbs’ words, ‘I want to ask for more, to expect more, to know that there is a shared fight for our freedom, not just a rush to get every last cent out of us’.

Is this even the right conversation to be having?

For a Scheme that was introduced to give effect to the United Nations Convention on the Rights of People with Disabilities, there’s very little discussion in the sustainability space about the value attached to human rights. How much value do disabled people attach to accessing bathrooms, buildings and workplaces? Where’s the modelling on sustainability based on what disabled people value?

With an election around the corner, the work of Per Capita and the campaign led by National Disability Services comes at a critical time. The work of rebalancing the conversation to include the Scheme’s benefits may be what the government needs to shift its thinking on the issue of sustainability. However, human rights – along with the value disabled people attach to the rights realised through the NDIS – deserves much greater emphasis in action to keep the NDIS strong.

Note, I am not an economist. I’ve tried my best to be careful, but I take no responsibility for the figures contained in this piece.

Correction: A previous version of this article suggested $13.6 bn was the total estimated cost of the NDIS in 2011. As helpfully noted by a reader, the Productivity Commission’s estimates in 2011 did not include funds raised for the scheme through the bilateral agreements.