Assistance animals can do remarkable things, increasing a person’s independence and reducing their reliance on paid support. But more importantly (don’t quote me on that), they are pretty damn adorable while doing it.

This begs the question: why are the NDIA such dicks about funding them?

To be more specific, the NDIS will sometimes fund assistance dogs—but they make this support pretty darn difficult to access. This is an issue that has been raised in the media at Senate Estimates and through an almost ridiculous number of Administrative Appeals Tribunal (AAT) cases. In this article, we look at what the NDIA’s policy of funding assistance animals actually is, and how it has held up when tested at the AAT.

What is an assistance animal?

The most well-known form of assistance animals are guide dogs for people with visual impairments, but assistance animals can be trained to meet the needs of other cohorts of people with disabilities. The NDIS defines an assistance animal as an animal trained to perform at least 3 different tasks or behaviours that lessen the impact of a person’s disability. An emotional support animal that meets public access requirements but does not perform specific tasks might therefore not meet the NDIS requirement of an assistance animal. Notably, the NDIA’s definition differs from the Disability Discrimination Act’s (1992) definition, which does not set any minimum number of tasks. Therefore, while an emotional support animal might not be eligible for NDIS funding, they have still additional rights when entering public spaces.

Technically, any animal can become an assistance animal, but they tend to be dogs for this simple reason: dogs serve us, we serve cats.

To qualify, the animal is required to pass a Public Access Test and is usually required to be accredited by their training organisation.

Assistance animals in the NDIS

When the NDIS agrees to fund an assistance animal, they pay for the cost of the animal (which is usually inclusive of training costs) and maintenance costs, including food, grooming, medication, and veterinary services. This is perhaps why the Agency is so angsty about funding them, because who wouldn’t want a government funded dog?

The NDIS Operational Guidelines have a long list of policy requirements that must be met before they will agree to fund a dog. Importantly, many of these do not appear to be backed by legislation. As you will see below, the policy criteria also vary in levels of reasonableness.

As well as ensuring that the support meets the reasonable and necessary criteria, the NDIA wants evidence that:

They will generally not fund a dog if there is:

The Operational Guidelines also say that “there is insufficient published and refereed evidence at this time to support the use of epilepsy seizure dogs as an effective and reliable disability support.” There is also a section of the Guidelines dedicated to explaining why they will not fund an assistance animal until it is fully trained and accredited (more on why this is problematic coming up).

In December 2020, the AAT heard the case of TYKL, an NDIS participant with a physical disability who was requesting funding for an assistance dog. The applicant previously had an assistance dog called Zac, whose list of tasks included (and remember, this is evidence before a court of law): “picking things up for the Applicant, putting on and taking off her shoes, taking covers off and on the bed, recognising when she was experiencing effects associated with her medical condition and alerting people appropriately, fetching her a water bottle when dehydrated, switching lights on and off and loading the washing machine.” Pretty amazing, huh?

Since Zac passed away, the applicant has been seeking funding for a new assistance dog. She currently receives 40 hours of NDIS support a week, but she believes that could be reduced to 12 hours with an assistance dog. An animal assistance provider has begun training a puppy Labrador named Sparrow to meet her needs. Sparrow, I can only imagine, looks something like this: 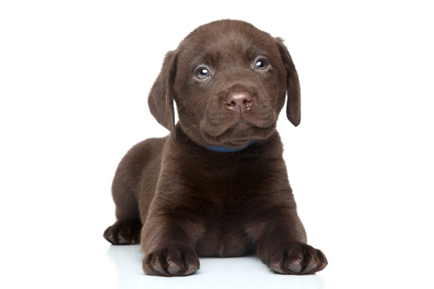 But Sparrow has not passed his test yet: he’s still a pupper in training. The NDIA’s position on their website says that they will not begin funding a dog until they are qualified. The applicant and the assistance animal provider argued that this stance isn’t reasonable. The provider must spend at least 2 years training Sparrow specifically to meet the participant’s needs. The NDIA can’t realistically expect the provider to make this investment with no guarantee of funding at the end of it, nor can they expect the participant to cover the deposit herself. The provider also confirmed that if, for some reason, Sparrow did not pass, they would train a replacement—though they did say that this would expand the timeline and possibly add extra expense. The provider assesses their dogs on a weekly basis to ensure they are on track to remain in the program, and Sparrow has been doing well so far.

In December 2020, the AAT also heard the case of an applicant with dissociative identity disorder (which was previously known as multiple personality disorder), complex post-traumatic stress disorder, anxiety, and depression. She was seeking funding for an assistance dog to keep her safe while dissociating and to help her return from that state. In the past, while she has been dissociating, her alters (alternative personalities) have engaged in dangerous behaviours, such as walking into traffic and attempting suicide.

The Agency raised several objections to funding an assistance dog for this position. They questioned whether the applicant was safe to own and care for a dog given the severity of her psychosocial disability. However, she provided evidence of her ability to care for her current rescue dog, and there was nothing to suggest any of her alters have a history of aggression towards animals. The NDIA also questioned whether a dog could realistically perform the tasks intended. There is limited academic evidence about the use of assistance animals for people with dissociative identity disorder, but the assistance animal provider was pretty confident they could train a pup to meet her needs. The Tribunal chose to accept the provider’s evidence. Lastly, the Agency raised the old argument that they could not fund the training of a dog that was not qualified yet. However, much like with the last case, the Tribunal found this position inconsistent with the Act.

In the end, the application was successful. No dog had been assigned to the applicant yet, but I am feeling major Labradoodle vibes: 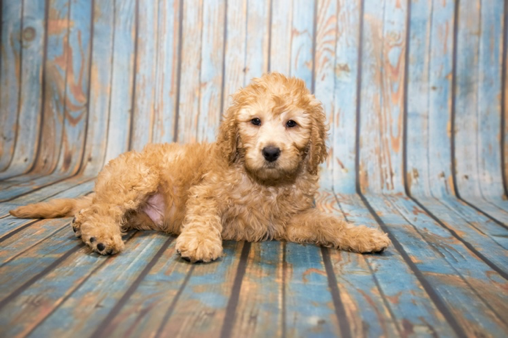 In April 2021, the Tribunal heard the case of CN, an applicant with an NDIS-funded hearing assistance dog named Bunji. Bunji is nearing his retirement age, so his owner purchased a young puppy named Eddie to train as her next hearing assistance dog. The NDIA contended that they could not fund two dogs at the same time—one working while the other is on its L plates—because this is a duplication of supports. In contrast, the applicant argued it was necessary to ensure a smooth transition between dogs and to prevent a years-long gap in support. The Tribunal honestly seemed a bit annoyed by the Agency’s entire line of argument and dismissed it as bureaucratic rubbish—just not in quite those words.

The other point of contention was the applicant’s plan to self-train Eddie, albeit with the support of qualified assistance dog trainers. The NDIA does not usually fund dogs that have not been trained by an assistance animal provider. However, in this case, the only hearing assistance animal provider in the state would not provide the applicant with a new dog because of their requirement that there are no other dogs in the home. The applicant plans to keep Bunji as a companion animal when he retires. The Tribunal was satisfied that, based on the applicant’s experience with dogs and success training Bunji herself, she was well placed to train Eddie. This rebuttal of the Agency’s policy position will be important for many participants who, given the long waiting lists at accredited assistance dog organisations, may prefer to train their own dog. However, this particular applicant had ample evidence attesting to her ability to successfully train an assistance dog. NDIS participants who cannot produce such evidence may have more difficulty getting a self-trained dog funded.

In the end, the support was approved. Bunji is now teaching Eddie everything he knows about being a good boy. 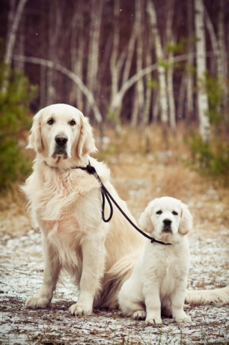 The Agency’s insistence on playing the Disney villain by depriving people of their assistance animals seems to be resulting in continuous defeats at the AAT. Like all good fairy tales, these cases had a happy ending. However, the NDIA’s overall position on assistance dogs is still making it prohibitively difficult for people to access this support. At the last Senate Estimates, NDIS Minister Linda Reynolds promised to address this issue pronto. Let’s just hope her schedule isn’t in dog years.