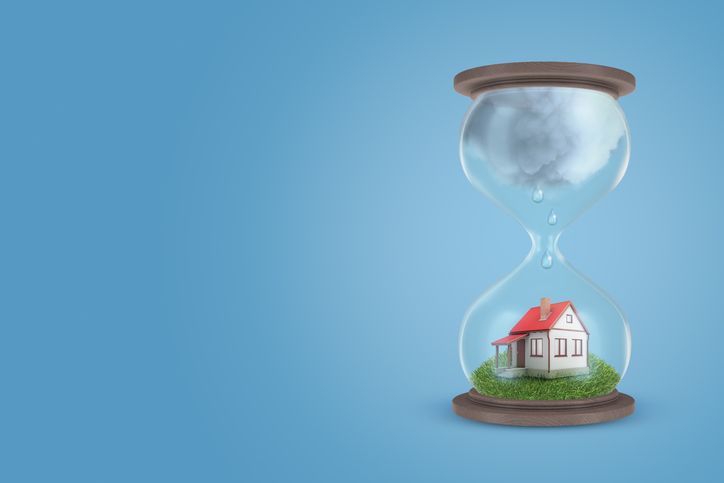 The latest Home and Living Consultation Paper is the most critical document in the accommodation space since the Scheme was established. Titled “An Ordinary Life at Home”, the consultation paperoutlines both where the Agency intends to go and implicitly acknowledges its mistakes with its policies, mainly involving Supported Independent Living (SIL).

In doing so, the Agency is borrowing an old trick from the television networks. When a television show is struggling for ratings, the network tries to find new ways to develop an audience while the show takes a break and is “retooled”. Often, networks will ask the show’s writers to add new characters with vague connections to the original premise. Or they will try to create sensational storylines to change the show’s emphasis. Networks will insist it is still the same old show that viewers knew and loved but in reality, the fundamentals of what made it work in the first place have been completely uprooted. SIL may not be a TV show, but it is definitely being “retooled”.

Let’s take a look at the ways that SIL is being retooled.

The Agency acknowledges the mistake that it has made with SIL by de-emphasising its presence in the Home and Living framework. It also now accepts that having the same provider supply SDA and the support offered within that dwelling are the antithesis of choice and control. Instead of merely recommending it, as the Agency had done previously, the consultation paper implies that the Agency will separate these providers. It is notable that, on the paper’s very first page, the Agency suggests that the ideal “contemporary group home” contains a maximum of four occupants, a potential first step towards separating the funding streams. Indeed, the consultation paper may serve as an early warning to established providers who run larger dwellings that they need to change their business model.

The separation of SIL and SDA is an extension of the argument that SIL was never designed to be an all-encompassing support measure inside the home. Instead, the architects of the NDIS argue that SIL was intended to be a transition measure so that established providers could move from block funding that they used to administer support services in large group homes to develop individualised funding packages that are the central components of the Scheme. However, some are still grouping support funds ten years into the Scheme under comprehensive SIL packages, sometimes out of necessity, sometimes out of habit. This tendency has been made easier by SIL quoting processes that promote streamlining and grouping multiple support arrangements within large-scale accommodation.

The theory behind Individuallised Living Options (ILO ) is sound, as it notionally gives more choice and control to the participant. However, a closer inspection of the consultation paper indicates why the Agency is so enthusiastic about its implementation. Their retooling process also has a clear agenda. The Agency sees ILO as an opportunity to set policy boundaries. It limits both the exploration phase of ILO and its eventual implementation while allowing participants to have a more significant say on spending that generally has limited funding. The paragraph on page 5 of the paper outlining the vision of new funding arrangements from the “Agency’s perspective” provides subtle clues about how it intends to keep costs in check:

It’s no coincidence that the word “budget” appears four times in as many sentences. The last sentence of the quote is vital. If the participant’s “ordinary life” is not achieved within an allocated budget, it’s not the right option. “Ordinary life” in this context is thus a euphemism for “cost-effective”. Though we do not know what the future of personalised budgets will be, given that independent assessments have been scrapped, perhaps the outcomes of the consultation paper will act as a forerunner of what they could look like across other areas of the Scheme.

How will the retooling be implemented?

However, this attempt at retooling appears to be incomplete. The consultation paper’s most significant flaw is its failure to establish eligibility criteria for who can access flexible funding through ILO and who will continue to use the existing SIL structure. Failure to specify this dividing line at this stage causes needless anxiety for providers and participants who are aware that significant reform is signposted throughout the consultation paper but remain uncertain about how the reform will ultimately be implemented. Omitting the specifics in the consultation also places the Agency at a significant disadvantage. Exact figures would allow the Agency to explicitly demonstrate to the government that it is fulfilling the government’s requests to reduce costs while still delivering sustainable outcomes for participants and alerting other stakeholders of their intent.

Further, there are questions as to which participants currently using SIL will be suitable for ILO. If an SIL participant is suitable for ILO, is there an opportunity to test ILO to see whether it actually suits the participant? If it is not suitable, can they transition back to other forms of funding? What happens when a plan review is processed while shifting between funding streams?

Does the concept of choice and control extend to the type of funding arrangement that participants prefer, or is it purely based around who else used that same SIL package, what they need, and what provides value for money for the Agency itself?

For example, could participants be creative with their funding and use SIL for consistent backup support and ILO support for emergencies? Or are they separate silos?

If that is the case, is it choice and control if their self-determination, or as the consultation paper inelegantly puts it, a participant’s quest for “an ordinary life” is taken away from them if they cannot tailor their support arrangements to their particular needs? After all, that is meant to be the guiding principle of the NDIS.

Retooling in an uncertain environment

Perhaps these concerns cannot be addressed in the current political environment. However, it is essential to recognise that the guidelines for the consultation paper were developed in a completely different policy environment from the one we now have, making an already complex retooling process even more complicated. The government spent the last 18 months developing the Independent Assessments framework to help establish a new definition for the Agency to determine what is “reasonable and necessary”, until the government, under pressure from the States, decided to abandon the concept. The Morrison Government will be forced to develop a new framework quickly, with an election on the horizon in the 12 months. This uncertainty will have a domino effect on how the feedback in the consultation paper is received. Although a “sustainable” funding philosophy is already prominent in the paper through ILO, expect further changes that are not evident in the consultation paper to focus on sustainability in the Home and Living space.

Will SIL as we know it be cancelled?

Does this consultation paper represent the first of many steps to phase out SIL entirely and replace it with an ILO framework, using fund flexibility to justify the change? No one outside the Agency will know the answer to that question anytime soon. Still, this paper’s genesis is due to the government, and by extension, the Agency, being unhappy with existing SIL outcomes. We will all wait impatiently to see what the outcome of retooling SIL will be.

Sometimes TV shows receive a significant ratings boost after being retooled and last for several more years; others continue to struggle before suffering a quick and silent death. Providers may want SIL to return in a different form after a few plot changes, with the concept redefined while existing characters remain on the scene. The consultation paper appears to suggest, though, that SIL may be replaced altogether. Only this time, cancellation will not be quick and quiet. We will still be wondering how its ILO replacement will work in an uncertain environment and whether it, too, may eventually be retooled.